The plate core of flat solar collector and its manufacturing method: the plate core is composed of two metal sheets overlapped together, and joined together by a seam-biting process around the plate core, the plate heat absorber is made, with galvanized plate and insulating cotton pad at the bottom, glass plate covering at the top and rubber strip sealing around the plate core. The groove bottom of the groove on the light receiving panel is connected with the back panel stamping and transverse and longitudinal fluid channels interconnected are formed.

3.1. Flat-panel solar energy has been invented and applied in the 1970s.

3.2. The working principle of flat panel solar energy is to use the principle of glass greenhouse effect to heat hot water.

Copper-aluminium composite process is adopted, copper runner and aluminium endothermic fins are formed after rolling, and selective endothermic coating is formed on the surface of plate core by anodizing treatment, or high-quality selective coating or electroplated black chromium coating is adopted. A. Because the coating materials are exposed to sunlight and oxidized by oxygen in the air, they begin to age in three to five years and become light white, as can be seen from the example of flat panel solar energy project installed. B. The copper tube of collector is easy to produce copper green under the action of water. It becomes thinner under the erosion of water, especially the welded joint, which is easy to perforate after several years. It is also an indisputable fact that flat solar energy and heat pump heat exchangers using copper tube are the same. C. Flat-plate solar collector is metal tube-plate type of structures, which usually have a life of 5 to 8 years and often has problems of water leakage and lower efficiency. The so-called futures like stable and reliable quality, maintenance-free are the performance of the early installation. The company who announces it has long life of fifteen years is an industry cheater.

3.4. The impact of various environments:

Fast heat dissipation, poor heat preservation effect, no freezing resistance; flat panel solar water heater has futures as large resistance to typhoon and oppose to typhoon poorly; large external impact on the glass plane, poor hail resistance; What is so-called suitable for use in Guangdong, Fujian, Yunnan, Guangxi, Hainan and other areas should be understood as being able to deceive customs clearance. Because in the above areas, the winter which is about four months need the most energy-saving. While they went on strike when save energy is needed.

Hotels that supply hot water all day have lower thermal efficiency because they require hot water supply all day. This requires solar collectors to operate at relatively high temperatures and dissipate more heat. It is better to use solar collectors in factories, schools and other places where hot water is regularly supplied at night, because cold water can be supplied in the morning so that solar energy system can be used. Relative to working at low temperature, the efficiency is higher than operating at high temperature, but the thermal efficiency of the system is less than 36% under any conditions.

3.6. Reasons for promoting the type of flat plate:

Collectors are easy to produce and manufacture; when supporting solar energy projects, there is no need for connecting boxes, underpinnings and other supporting facilities of vacuum tubes, the cost is low. Under the same price of two kinds of solar energy, higher interests can be pursued; under the premise that the vacuum tube is easy to break, solar energy enterprises can avoid more maintenance; and most customers can be utilized when the concept of heat saving is not clear to households, only promote the concept of solar energy, such as environmental protection, energy saving, safety and other concepts, without installing energy meters, water meters... Uses various methods to promote customer acceptance and acceptance; in Guangdong, often several large solar energy companies unite with each other in the promotion and marketing process, using certificates issued by Guangdong Solar Energy Association (not scientific basis) to surround monopoly customers; in Guangdong, Fujian, Hainan and other areas, the enterprises who use solar energy are liable to be deceived, then accepted.

In China only accounts for less than 5% of the total. In the international community, except for a few developed countries and regions, due to paying more attention to aesthetics and other factors, especially large investment, installing large areas to meet the needs of use. In addition, the factors like vacuum tube solar energy was invented in China, and so on, flat panel solar energy has been promoted abroad so far.

3.8. Examples of the application of flat panel solar energy in engineering (respectively, the flat panel solar hot water projects of the larger solar companies in Guangdong Province) and the harm they bring:

A. The 1800 students of Shimen Experimental School in Nanhai, Foshan, installed 1200 square meters with flat panel solar energy. As a result, they consumed 210,000 litres of oil annually, more than 50,000 litres of energy than those who directly used oil-fired boilers.

B. The flat panel solar energy installed in Shenzhen No. 1 Rehabilitation-through-Labor Institution has only been used for three years because of its high energy consumption with electric auxiliary, and has been discontinued for six years.

C. South China Sea China-US Toy Factory, after using flat panel solar energy, all of them were demolished that year, with an investment of 400,000 yuan, and finally only 30,000 yuan.

F. Official Hill Hotel in Xiqiao, South China Sea has installed flat-panel solar energy. In the past four years, the installation company has only received 30% of the first installment due to the discovery that solar energy is not energy-efficient by private enterprises. The installation company wants to use Guangdong Solar Energy Association to solve the problem, but in the end, because it can not change the fact of non-energy-saving, it still can not be done till now.

4.2. The working principle of solar energy in vacuum tube is to absorb sunlight by using heat absorbing coating of inner tube, heat water in Inner tube, exchange with water tank or connecting tank, and raise water temperature. As a kind of heat collector, it can absorb heat and dissipate heat at the same time. There are only three ways of heat transfer: radiation, conduction and convection. The three ways of heat dissipation and heat transfer of vacuum tube solar energy are very small, the mercury coating of inner tube prevents heat radiation, the vacuum layer between inner tube and outer tube prevents heat conduction, and the convective heat emission of vacuum tube solar energy is almost zero. The thermal efficiency is 93.5% higher than that of flat panel solar energy by 50-80%.

4.8. The engineering application of vacuum tube solar energy and its harm: it is the mainstream in the whole country and the development direction of solar hot water. 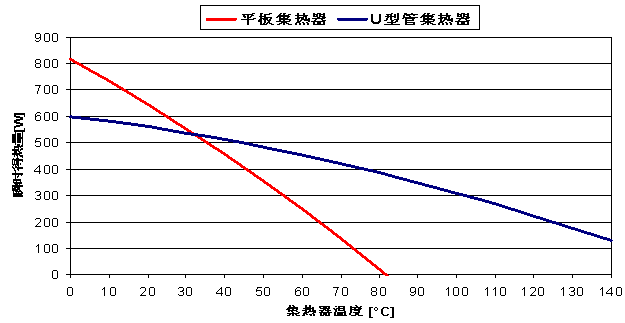