The core advantage of photothermal power plants compared to photovoltaic power plants lies in the configurable heat storage system of the CSP, which, like traditional thermal power plants, produces grid-friendly schedulable power to meet the continuous demand for electricity. At present, the energy storage market of commercial CSP projects still uses the molten salt storage technology with binary molten salt as the working medium as the mainstream, but its freezing point is too high, and the defects of easy freezing and blocking pipes are also criticized.

In the second half of 2016, the molten salt leakage accident of the melting salt tank of the US New Moon Dune Power Station and the melting salt hot tank accident of the Gemasolar Photothermal Power Plant in Spain caused huge losses in the maintenance cost and sales revenue of the molten salt tank. The safety and reliability of the salt heat storage system have once again received industry attention.

So, is there a more advanced heat storage technology that can replace the traditional molten salt heat storage technology and become the mainstream? In recent years, innovative energy storage technologies have emerged in an endless stream. Although most of them remain in the laboratory or small demonstration stage, their development potential has been proved at the theoretical level, but its commercial value remains to be discovered.

Norwegian technology company Energy Nest has cooperated with Germany's Heidelberg Cement Company (German multinational building materials company, one of the world's four major cement producers), and has developed a new special concrete HEATCRETE energy storage technology for five and a half years. HEATCRETE concrete has been tested by an internationally authoritative independent third-party laboratory with high specific heat capacity and high thermal conductivity. Compared with the most advanced concrete energy storage system, the thermal conductivity of the HEATCRETE system is increased by 70% and the specific heat capacity is increased by 15%, which is of great significance to the thermal performance and heat transfer medium of the power station. The company said its HEATCRETE concrete energy storage system can reduce the cost of the entire CSP station by 10% and the MLC system to save 60%. HEATCRETE concrete energy storage technology can also be applied to wind power and plants producing high temperature equipment, but the solar thermal power station is the company's main target market.

In March 2017, researchers at Chalmers University of Technology in Sweden successfully validated the feasibility of a new energy storage technology that uses a carbon-containing chemical liquid as a medium to efficiently store solar energy. With this chemical liquid, free energy transfer and release at any time can be achieved. It is worth mentioning that when the chemical liquid releases energy, almost zero energy loss can be achieved. The research team called this process "molecular solar thermal storage system." Currently, this new technology has successfully appeared on the cover of the Energy and Environmental Science (academic journal issued by the Royal College of British Studies). 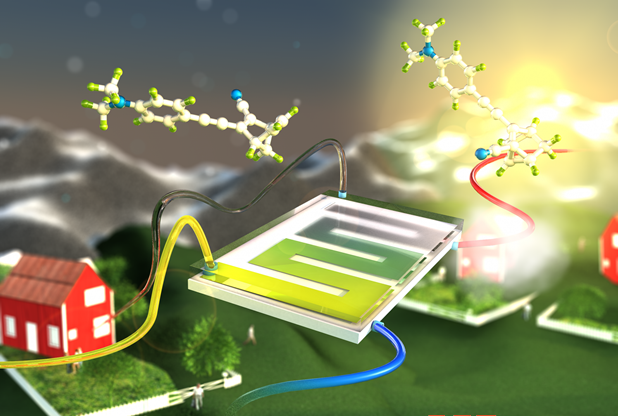 Sweden's SaltX Technologies has introduced a new energy storage technology that uses salt crystals and their solutions to react and store energy at different temperatures. Available in CSP, solar cooling and air conditioning, the company claims to reduce energy and energy storage costs by approximately 33%. The company was founded in 2001 and has been committed to the development of renewable energy. With the rapid development of green energy in Europe, SaltX Technology won the BullhoundConnect Award in November 2016. Currently, the company has established partnerships with companies such as General Electric, Remi Manufacturing and Alfa Laval to provide new energy storage solutions.

In May 2016, researchers at Oregon State University and the University of Florida collaborated to introduce a new thermochemical energy storage system for storing and releasing solar energy. Compared with traditional heat storage equipment, the improved energy storage scheme of American researchers has added a battery-like thermochemical energy storage system. The internal conversion process is based on thermal energy rather than current. During "charging", strontium carbonate decomposes into cerium oxide and carbon dioxide under the action of solar heat. When "discharged", yttrium oxide and carbon dioxide are combined and the stored heat is released. The materials in this energy storage system are easy to obtain, non-flammable and environmentally friendly. The compounds synthesized using these materials operate at temperatures up to 1200 degrees Celsius and are twice as efficient as existing heat storage systems. 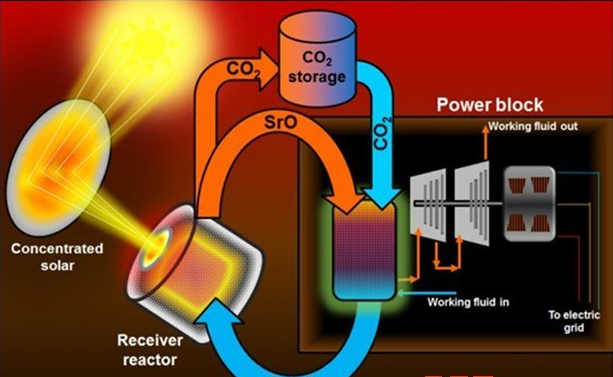 In December 2015, Masdar Institute of Technology in the United Arab Emirates announced that its researchers had successfully demonstrated that sand can store solar heat for photothermal power generation at a storage temperature of up to 1,000 degrees Celsius. The project, Sandstock, aims to develop a sustainable, low-cost, gravity-fed solar receiver and storage system using sand as a heat transfer and storage medium. Sand in desert is a potential heat storage material. Its thermal stability and specific heat capacity at high temperature have been studied and proved. The cost can be reduced by using cheap sand, and the increase of the working temperature of the thermal storage material means the increase of efficiency.

In July 2016, the world's first tower photothermal power plant using sand as working fluid was officially launched in Sicily, Italy. The core technology of the project is a solar steam generation technology based on sand fluidized bed. It is the first MW-scale demonstration power plant for sand thermal storage refrigerants, which can absorb and store solar energy and convert heat into electricity and other thermal energy.